Publication: Margins for Manoeuvre in Cold War Europe – The Influence of Smaller Powers 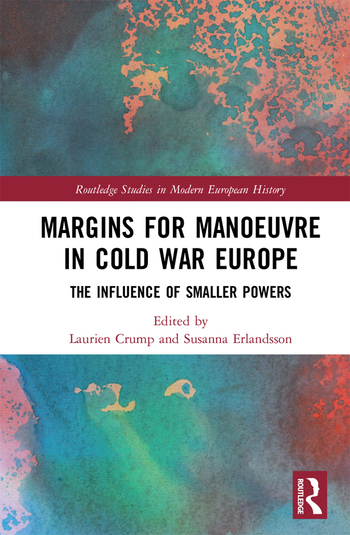 Laurien Crump, coordinator of the Cold War Research Network, and Susanna Erlandsson challenge the view that the Cold War is conventionally regarded as a superpower conflict that dominated the shape of international relations between World War II and the fall of the Berlin Wall in their recent publication “Margins for Manoeuvre in Cold War Europe – The Influence of Smaller Powers”. Smaller powers had to adapt to a role as pawns in a strategic game of the superpowers, its course beyond their control. This edited volume offers a fresh interpretation of twentieth-century smaller European powers – East-West, neutral and non-aligned – and argues that their position vis-à-vis the superpowers often provided them with an opportunity rather than merely representing a constraint.