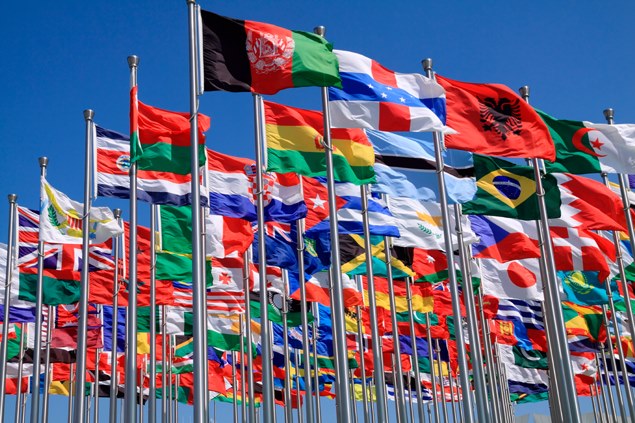 On November 12, three members of the Cold War Research Network, Laurien Crump, Lorena De Vita, and Paschalis Pechlivanis will host a joint digital round table. Each of them will use their latest publications as a starting-point for a debate about questions pertaining to “Small States, Pericentrism and the Global Cold War”.

Laurien Crump will discuss the volume “Margins for Manoeuvre in Cold War Europe – The Influence of Smaller Powers” in which she and Susanna Erlandsson challenge the view that the Cold War is conventionally regarded as a superpower conflict that dominated the shape of international relations between World War II and the fall of the Berlin Wall. Smaller powers had to adapt to a role as pawns in a strategic game of the superpowers, its course beyond their control. The presentation will offer a fresh interpretation of twentieth-century smaller European powers – East-West, neutral and non-aligned – and argues that their position vis-à-vis the superpowers often provided them with an opportunity rather than merely representing a constraint.

Lorena De Vita will discuss her latest publication “Israelpolitik – German–Israeli relations, 1949–69” in which she examines why the rapprochement between Germany and Israel in the aftermath of the Holocaust is one of the most striking political developments of the twentieth century. Examining well known events like the Suez Crisis, the Eichmann Trial, and the Six-Day War, the book adopts a ‘pericentric’ perspective on the Cold War era, drawing attention to the actions and experiences of minor players within the confrontation and highlighting the consequences of their political calculations. Israelpolitik takes two of the most interesting dimensions of the Cold War – the German problem and the Middle East conflict – and weaves them together, providing a bipolar history of German-Israeli relations in the aftermath of the Holocaust.

Paschalis Pechlivanis will discuss his book “America and Romania in the Cold War – A Differentiated Détente, 1969-80”. In his publication, he examines the US foreign policy of differentiation towards the socialist regimes of Eastern Europe as it was implemented by various administrations towards Ceausescu’s Romania from 1969 to 1980. Drawing from multi-archival research from both US and Romanian sources, this is the first comprehensive analysis of differentiation and shows that Washington’s Eastern European policy in the 1970s was more nuanced than the common East vs. West narrative suggests.

Academic biographies of the speakers

Dr. Laurien Crump is an Associate Professor in Contemporary European History at Utrecht University and Chair of a multidisciplinary Cluster at University College Utrecht. She has published widely on multilateral relations in the Cold War on both sides of the Iron Curtain and is now working on a VENI-project on pan-European diplomacy in the 1980s. She also supervises the Global Cold War group at Utrecht University. Her monograph The Warsaw Pact Reconsidered: International Relations in Eastern Europe, 1955-69 (Routledge, 2015) was awarded the international George Blazyca prize.

Dr. Lorena De Vita is an Assistant Professor in the History of International Relations at Utrecht University. She is fascinated by the complexity – and possibility – of dialogue and cooperation in international politics. She wrote her PhD on the onset of German-Israeli reconciliation in the aftermath of the Holocaust at Aberystwyth University (UK) after having studied at the University of Roma Tre (Italy) and at the London School of Economics (UK). Lorena De Vita held Research Fellowships at the Jena Center for 20th Century History at the Friedrich-Schiller-University (DAAD), at the Memorial House of the Wannsee-Conference, Berlin (Joseph Wulf Fellowship) and at the Hebrew University in Jerusalem (Foreign Ministry Postdoctoral Fellowship).

Click on the link below to join the roundtable: