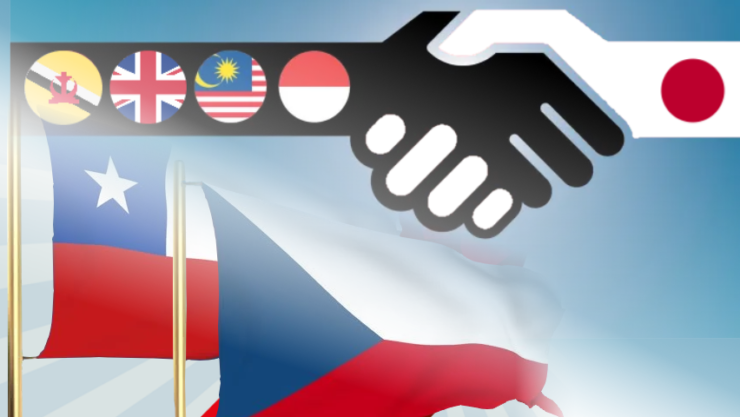 On Thursday, November 4th, 16.00-17.30 CET (GMT+1)  Giulia Garbagni and Andrea Torrealba – the winners from our Summer School event ! – will talk about their separate researches regarding the Cold War.

The history of the global Cold War is (also) one of great power interventionism. Interventionism, however, does not necessarily come in military form: beyond superpower rivalry, there are other policies that can amount to ‘soft intervention’ and signal a claim over a sphere of influence. One of these, this paper argues, was Japan’s often-neglected role as a mediator in the 1963-66 Confrontation between Indonesia and Malaysia (‘Konfrontasi’). While Japan’s mediation purportedly embodied its postwar diplomatic posture as a subdued, peace-fostering kakehashi (‘bridge’) connecting the Free World and the Third World, I argue that Tokyo’s initiative was steeped in the latent legacies of its imperial past, at odds with such self-depiction. Based on research in Japanese, British, and American diplomatic archives, this paper focuses on the diplomatic strategy adopted by Premier Satō Eisaku in the latest stages of the conflict – namely, the appointment of a special envoy in 1965 – to show how Japan’s imperial-era policy conceptualizations were repurposed in the postwar to assert Tokyo’s exclusive diplomatic right to mediation. Offering a new take on Cold War interventionism, I argue that Japan’s mediation served as the ‘soft interventionist’ tool of an aspiring regional power ready to obstruct competing diplomatic initiatives, defy ideological framings of Konfrontasi, and pursue its own strategic interests in Asia.

Andrea’s research  is (provisionally) titled:
Roads to democratic socialism:
Chile and Czechoslovakia in a global moment.

From the perspective of traditional historiography, the Cold War has been understood as a period in which the world revolved around two antagonistic powers whose conceptions of moral values, polity, economic model, and the future of humanity differed completely; the position of the United States and the Soviet Union was one of ideological, systemic, and geographical defence of the world (Gaddis, Powaski). This narrow characterisation of the Cold War has become insufficient, and historical studies in recent years have pointed to historical processes and experiences that go beyond this East-West, communism-capitalism dichotomy. So how can we understand the Czechoslovakian experience in relation to the Chilean experience in order to conclude that both processes belong to a global moment? The hypothesis I defend is that both “socialism with a human face” and the “Chilean road to socialism” are in dialogue at a conceptual level and in a theoretical panorama, since both are policies constructed in a national (and nationalist) framework but immersed in global dynamics. In this way, we do not seek to find connections or networks between the intellectuals of both countries who have been able to dialogue, but to show how two nations that had very little in common, proposed democratic paths for the construction of socialism, which makes them relate to each other in a discursive and symbolic framework and share the idea of the construction of a heterodox and democratic socialism.

Giulia Garbagni is pursuing a PhD on Japan’s diplomatic history, focusing on its post-war envoy diplomacy to Southeast Asia. She completed her BA in International Relations and Diplomatic Affairs at Bologna University, Italy, and a Double MSc in International Affairs from Peking University and the London School of Economics.

Andrea Torrealba  is a professor at The National Autonomous University of Mexico. She is a graduate in History and holds an MA in International History. Her main lines of research include Political and Economic History in Latin America from a Transnational and/or Global Perspective in the 20th and 21st centuries.