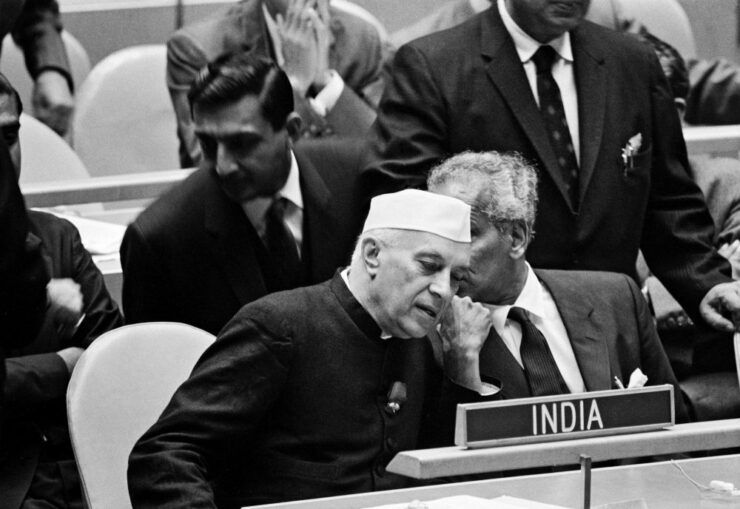 On Thursday the 16th of June, Swapna Kona Nayudu and Lily Patcharaviral will be our guests for June’s panel. They will be discussing their projects on India and the Afro-Asian space as part of the Cold War history of the Global South, and the Indian-Thailand relations in the context of the Bandung Conference.

The panel is scheduled to have an approximately half hour long presentation and will be followed by an hour long window for lively discussion amongst the panel.

Everyone is welcome to the meeting! There is no registration required.

Hereby is a small excerpt by Dr. Nayudu by way of introducing her work:

We Were Once Colonized
Nehru, India & Afro-Asianism at the United Nations
This essay is a study of the intellectual moorings of India’s participation in Afro-Asian collectiveness at the United Nations in the 1940s and the 1950s. The essay provides a pre-history of that time, discussing Indian UN diplomacy as rooted in the anticolonial political thought of Tagore, Gandhi and Nehru. The essay argues that histories of the intellectual motivations and normative commitments of state-led Afro-Asian collectiveness at the UN are rarely written. In the case of India, this essay will argue that in the early years, the approach to Afro-Asianism was fashioned from a larger perspective on independent India’s internationalism. As this internationalism did not stem from a strong theoretical foundation, in its later phases, the larger Afro-Asianist vision was compromised in favor of a more limited and comfortable Asianism. Through a discussion of the limitations of constructing a durable Afro-Asianist politics, this essay will try to locate the difficulties that India faced in maneuvering UN diplomacy with its own decolonial politics. The essay will end by discussing ways in which histories of this unraveling may be written, primarily making a case for rejecting the state/non-state binary.

Lily Patcharaviral has also generously provided an abstract on her work ‘Circumventing the Cold War Divisions: Celebrating 2,500 years of Buddhism as the Spectacle of Non-Alignment’.

In the two years following the Bandung Conference, those Asian nations who held Buddhism to be part – if not the core – of their national identity jubilantly celebrated the 2,500-year anniversary of Buddha’s death, more commonly referred to as mahāparinibāna – his attainment of nirvana. The wave of celebrations started in 1956 and lasted until 1957. They stretched from India, Burma, Thailand, to Cambodia, Laos, and even to the self-proclaimed communist state, the People’s Republic of China (PRC). At one level, these celebrations represented their shared heritage in Buddhism — the bond of the Buddha. Upon closer inspection, however, these state-organised spectacles were neither purely religious nor cultural; they held political import while everything from the guest lists, plan of particular events, as well as the commemorative souvenirs such as films, had geopolitical implications. Inspired by the turn to studying the ‘cultural Cold War’, this paper will look at how the alternative world order embodied by the Bandung Conference – manifested in the celebrations of 2,500 years of Buddhism hosted by India in 1956 and the one contrived by Thailand in 1957.

This paper will begin with a discussion of the significance of the Buddhist year 2,500 and how the governments of India and Thailand gave significance to the date. There will follow an analysis on the Buddha Jayanti in India and the Twenty-Fifth Centenary of the Buddhist Era in Thailand with a focus on Indo-Thai relations, arguing that these celebrations demonstrate their association with Non-Alignment and their nascent solidarity in the Cold War. This in turn helped warmed up the Indo-Thai relationship which had been forged beyond the ongoing Cold War geopolitical divisions. Last but not least we will explore the commemorative film Angulimala, which was interestingly commissioned to be produced in India by the Government of Thailand as part of the celebrations of the bond of the Buddha that in turn strengthened bilateral ties between the two.